At the age of 10 she was baptized and served as part of the youth ministry in the choir and other youth activities until the age of 18. At 18 Dorlita strayed away from the things of God and her life took a downwards spiral. During the next 14 year she suffered through a broken marriage that ended in divorce, 10 year illness that landed her in the hospital every year with a total of 8 major operations monthly emergency room visits and a depression that span the entire 14 years.

In 2010 she was allowed by God to walk through the doors of Whole Truth Gospel Church of Faith and dedicated her life back to Him. Through training and proper mentoring by her spiritual mother Apostle Sarah Daniels Minister Dorlita Blakely bean walking in her calling of prophet and became a licensed minister in December of 2014.

In May of 2012 Dorlita went back to college and earned her Bachelor of Science degree in Computer Science for Indiana University Northwest. During this time, God birthed the Hidden In God devotional ministry to her in 2013. During the first 3 years, she wasn’t faithful to that calling. It was not until 2016 that she surrendered to the call to write and minster through the devotional website. As she has done so God has began to birth writing materials through her and the prayer planner and several journals were born.

Dorlita currently continues through much prayer and fasting to develop the vision God has given her for the Hidden In God ministry and to stand in boldness to inspire others with the promises of God through connecting them with their passion, purpose and their potential in the kingdom of Christ.

“Twenty years from now, you will be more disappointed by the things that you did not do than by the ones you did do. So throw off the bowlines. Sail away from the safe harbor. Catch the trade winds in your sails. Explore. Dream. Discover.” – Mark Twain

Hidden In God exits because there was a time in my life that I was in a deep darkness and I was unhappy with myself, with my life and the direction I was headed in. I was screaming on the inside and rebelling on the outside. Depression had take a hold of my very existence and I was on a downward spiral.

At the age of nineteen I had my first born. As a christian teenager I had made the biggest mistake I could have and I had had a child out of wedlock. Because I knew that it was wrong I felt that his father and I should have been married. So there went my second mistake. I pursued what I though would correct my mistake and did what I thought would be good. I continued to date and live with his father until one day we were married. There were many signs that this was not for me but I was determined to make things right and have a full family, husband, wife and child.

Because I settled for this man, I allowed him to habitually mistreat me and still I stayed. A year after we married, sickness set in and it changed my life drastically and our second child was born. Because of the illness and mistreatment I sunk even lower. I was embarrassed by both my husband’s outside dealings as well as what the illness was doing to my body. I started caring less and less about the way that I looked and felt about myself. I had already grown up the super skinny kid that got made fun of from elementary though high school. In high school my best friend was larger than me and our peers made jokes calling us before and after crack. I was the result of what was considered a crackheads look after they had been on drugs and she was the good look before drugs.

It was a horrible feeling every time they said it and the entire class would laugh. So I carried around this hatred of my own body an wished I were someone different. As I got sicker and had to be cut on more and more without a cure for the disease, I became hopeless. I was visiting the hospital monthly for years and constantly being told that there was no cure and I’d have to live this way for the rest of my life. There was no encouragement insight. No one around me understood my pain and they couldn’t help me. I had no where to turn but up. I cried out to God because that was the last thing I knew to do. I had given up. I thought if He can’t fix it then only death could.

Within a few years of turning my life over things began to change and eventually my life had turned around 180 degrees. The darkness has turned into light and the hopelessness into hope and joy. But still I had a long road ahead of me. After my last round of surgeries, 3 within a four month period the last one happened in February of 2010 (a total of 8 major surgeries in 10 years), I was on the road to recovery, not just psychically but emotionally, mentally and spiritually. It took a year and a half for the wounds of the last surgeries to heal. 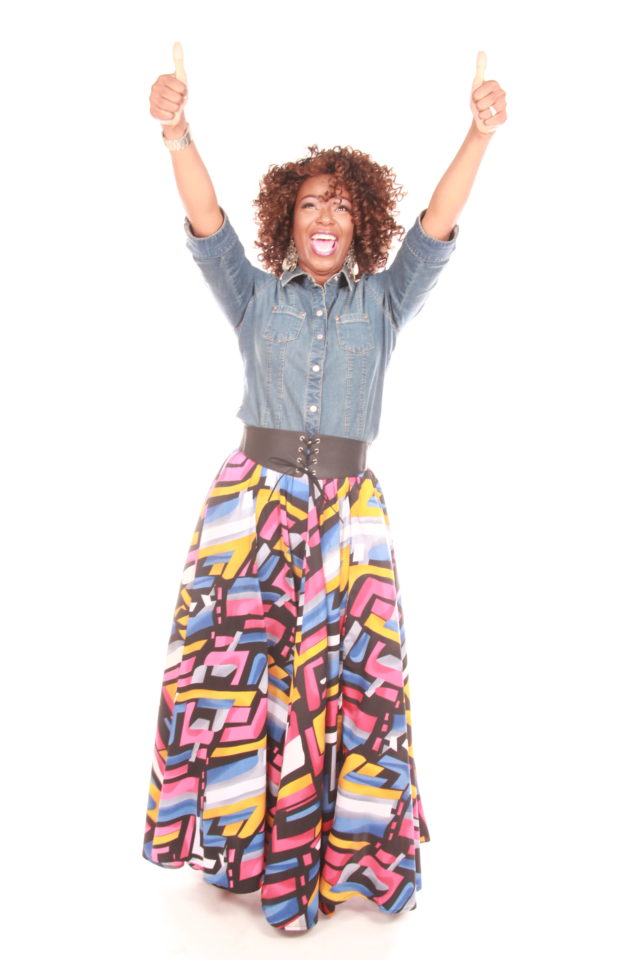 During all of this healing there was another battle that had entered my life. I’d become increasingly self conscious of my body. I have major scars and I wanted to keep the secret of my battles and the scars I had gained hidden from the world. Only those close to me knew about them and I was still embarrassed for even them to see them. I didn’t even want to look in the mirror and see them myself. By then I was now a divorced mother of three and I could only think how people would stare and point at me, not knowing what I had suffered through and having a man who could accept the hideousness that was now my scars was most certainly out of the question.

But I am an overcomer and if I claim to be as such that means overcoming all of the obstacles that attempt to paralyze me with fear, doubt and unbelief. How do I do that? Deep prayer and complete faith. It wasn’t until I decided to cut my hair back in 2013 and go natural that I began to embrace who I was. If I could cut off all of the long hair I’d had almost my entire life, make it threw divorce after 13 years of marriage, trust God to provide my needs as a single mother with a high school education and heal from an incurable disease by defeating depression and stress, then I could most certainly with the help of God embrace and love myself.

I was now on my way. It has still been a slow but steady road to embracing, loving and believing in myself but today I will take the final step by sharing my story of why with you today. Through my struggles I vow to be a support to women like me. To encourage, inspire and uplift all that I come in contact with be it face-to-face, social media or my blogs. To be an example that shows “You can live through it and rise!”

“Wear your scars proudly!” They are a part of what makes you…YOU!

“Wear your confidence!” You were not created to have a spirit of fear but of power, love and a sound mind.

Through allowing God to use me through my hardships as a testimony of His goodness, today I help hundreds of people through teaching, prayer, and ministering. I’ve taken what was meant to destroy me and walked into my God given purpose and calling.

Whether it be speaking at your next conference, entrepreneurship training, boot camp, or an interview I’d love to hear from you!

BOOK ME FOR YOUR EVENT